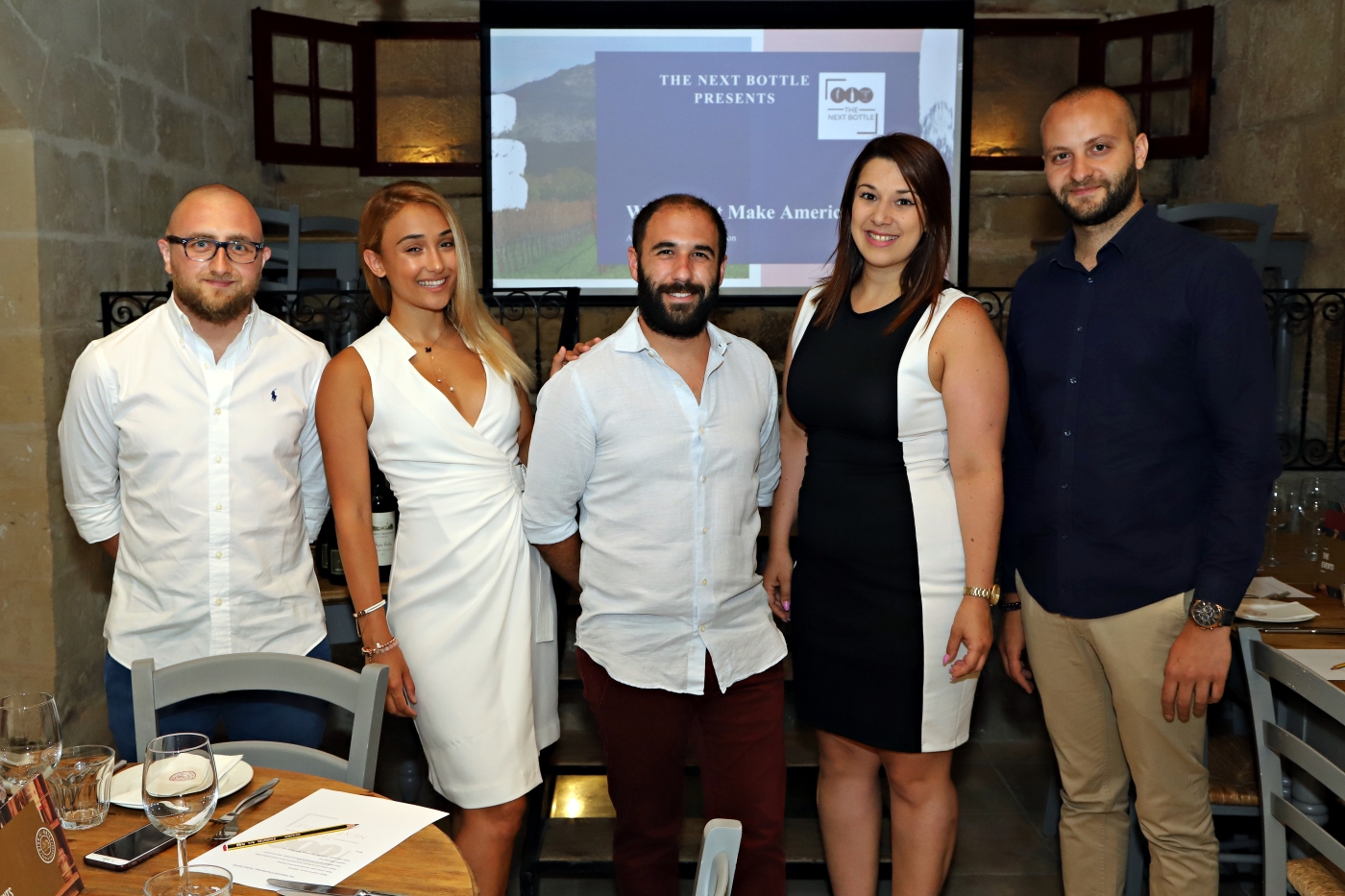 Before we meet for our first event with a select number of our friends as guests, we feel it’s the right time to talk a little bit more about ourselves, the members of The Next Bottle. Despite the common interest we share in the dining world, we’re also very different in our own ways, and that’s before even talking about work (which we won’t, because as much as we love our jobs, there’s a time and place for that and it ain’t here).

We each took a rigorous and highly scientific (!) Buzzfeed test to define which wine we’d be, and like that we get the ball rolling on what we’re actually like, whether the test is accurate or not.

As a Pinot Noir, James is approachable, adaptable and easy going and with lots of different friend groups, he’s always making the best of whichever situation he’s thrown into – and that is actually pretty accurate. A bit of a social butterfly with a keen interest in music, sports, movies and books once he’s on a roll on any of these 4 subjects, it’s difficult to get him to stop. Though the books vary over the years, the current favourite is “American Gods” (possibly anything by Neil Gaiman actually) and his favourite quote would be “I believe that life is a game, that life is a cruel joke, and that life is what happens when you’re alive and that you might as well lie back and enjoy it”, from the same book. On the side, he’s also an occasional drummer and travels whenever he can; he’s also the groups writer.

Kevin, a Merlot, would be “suave and sensual” apparently. He puts his heart and soul into everything, and there’s no doubting that. With a love for reading, music, food & wine (of course) and everything football, Kevin was actually the one who introduced James to the world of wine (chapeau). His favourite book is one of the classics: “To Kill a Mockingbird”, favourite quote being: “I wanted you to see what real courage is, instead of getting the idea that courage is a man with a gun in his hand. It’s when you know you’re licked before you begin, but you begin anyway and see it through no matter what.” His passion for music burns bright and he’s also quite the cook and one of the main driving forces and founding members of this group.

The other Pinot Noir of the group, Michela may be the life of the party on most occasions, but in her own words, “There are times when nothing beats a quiet night in, with a gripping book and nice glass of red”. Her favourite book, or books rather, would be the Harry Potter series, but Michelle Obama’s autobiography is also one of her top picks. Just to give you a bit of insight, her favourite quote is “A mind that is stretched by a new experience can never go back to its own dimensions”, by Oliver Wendell Holmes Jr. A travel-holic with a keen interest in for interior design, Michela is also our social media guru.

The group chef and other main founder is Emann, who was not too happy to be classed as a Chardonnay in the wine quiz but we’ll focus on the fact that it compliments his positive attitude and commitment! With experience in some of Malta’s established kitchens, he’s well placed to lead from the front when it comes to most things’ palate-oriented. When asked which his favourite hobby would be, his prompt reply was creating food from scratch: basically, if you do what you love, you’re never working! In fact, paired with this, his favourite book is The Flavour Bible, which apart from the awards it won it was also named as one of the top 10 cook books from the last 100 years, by Forbes in 2011. When it comes to quotes, he goes big: “Dare to dream. If your dreams don’t scare you, they’re not big enough”. #FoodForThought

Our other group Merlot is Daniela, who is also Emann’s chief partner in crime! When your favourite quote is Oscar Wilde’s “To live is the rarest thing in the world. Most people exist, that is all”, we’ve got someone who’s heart is set on experiencing the best life has to offer. Reading is one of her favourite pastimes, with her favourite book being Atonement, by Ian McEwan, though her interest in trying different food and wine has grown over the past few years, leading us to this point.

All in all, that’s about as much as we can muster about us without having you lose interest. We’ve got our first event coming up, which though privately hosted for our close friends, we do look forward to organising more sessions where we’ll be able to meet more of you lovely folk who we’ve not had the please of meeting just yet. In the meantime though, take care and have a glass for us.